Finger painting on my iphone 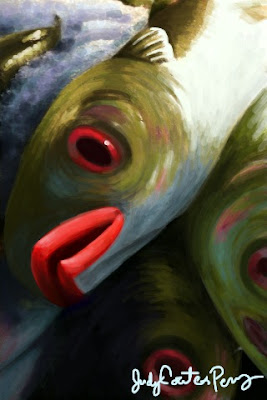 The other night I was poking around on my phone and realized I hadn't played with the Brushes app in almost a year.

Brushes is a painting app that you can either just paint an image from memory, make something up or work over an existing photo by randomly choosing different brush styles and sizes and colors with various amounts of transparency and opacity. Then you draw with your finger on the screen of the phone.

It sounds a little tricky painting with that big ol stump of a finger instead of a fine tip brush, but you can enlarge the image 400 percent so your finger doesn't seem quite so big. 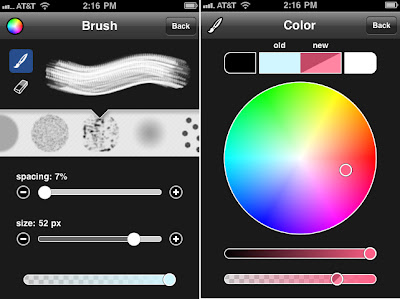 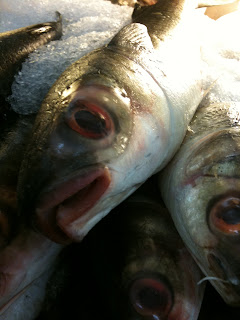 This is the photo I started with. I took it at the fish market in my neighborhood, I was fascinated by the shape of the fishes mouth and thought it would be fun to paint over the photo accentuating those crazy red lips.