Fall is coming fast in Chicago and I thought Abby should have a new turtle neck cable sweater. She is a stylish city dog after all. 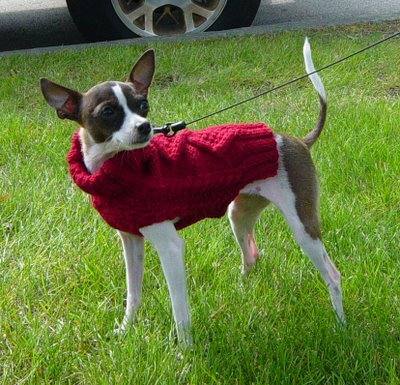 The basic dog sweater pattern can be found here. This is a great pattern to create a sweater in any size to fit your dog and it is simple to customize the design to your own choosing. I have knit about 7 dog sweaters from this pattern to fit 3 different dogs. 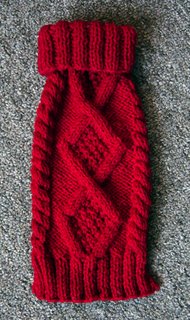 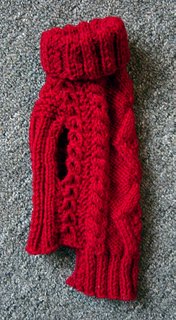 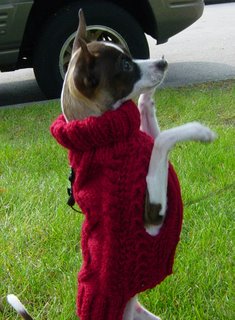 I always knit in a small hole, like a button hole at the back of the neck so I can easily hook the leash onto her collar.
Posted by Unknown at 5:23 PM 7 comments:

What I Did On My Summer Vacation

I knit my first cable sweater. This is Patons "Must have Cardigan" in Knitpicks Shine Worsted cotton. 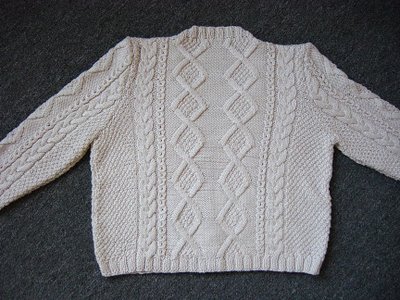 When I was at my mother in laws house I laid it out on her lovely patio to block. It dried in minutes in that hot Los Angeles sun. 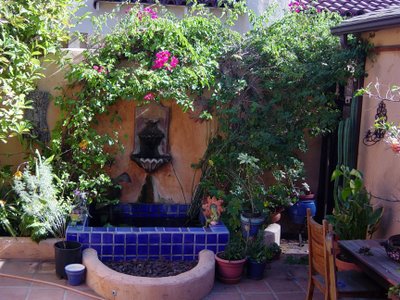 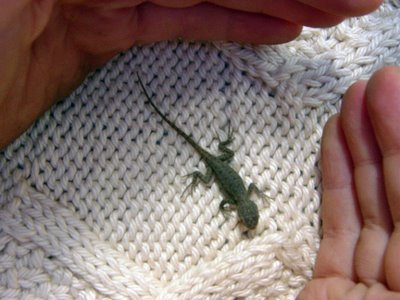 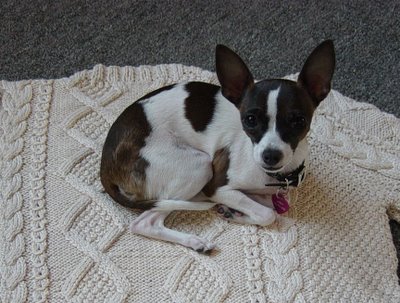 Fauna rejected from IQA after all

I got the news from IQA that they think the wires on the cactus are too sharp and they can not accept it into the show. So it looks like IQA is truly a quilt show in the end even though there seems to be a greater and greater emphasis on art quilts, the quilts still need to conform to more traditional materials.
Posted by Unknown at 10:16 AM 2 comments:

I could have flown to Australia in the time it took me to get home from Los Angeles. I booked the shortest flight I could find considering I would be traveling with 3 kids and a small dog (carry on). I had a non-stop flight on United, 4 hours total.

We got to the airport just before 12. We sat down at the terminal and watched the departure time move from 2:00 to 3:00 because of weather in Chicago. I took Abby to the ladies room for a quick pee on a potty pad, thank god she is trained for that, and boarded the plane only to sit on it for 2 1/2 hours, delayed again first by weather, then by a maintenance problem. Once that was fixed we finally rolled out to the end of the runway a second time and sat for 10 minutes in queue when the captain says, I am sorry to inform you that two crew members have exceeded their time according to aviation regulations and we have to go back to the gate. We then all got off the plane (a big one). There were supposed to be 4 agents to help us get onto new flights. An hour later I finally reached the front of the line, only 1 or 2 agents were assisting some very cranky customers. Now we have been at the airport more than six hours. At this point I said screw the discreet doggie rule and Ty ran Abby up and down the terminal waiting area. Where at one point she pooped on the floor, giving the angry customers a bit of comic relief. I think it expressed perfectly what everyone was feeling. The best United could do was put us on the red eye.

We finally made it home at 6 in the morning, Chicago time. Total hours traveling 16.
Posted by Unknown at 9:53 AM No comments: 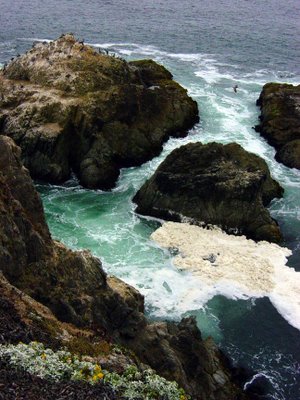 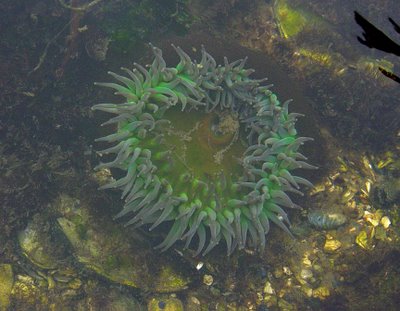 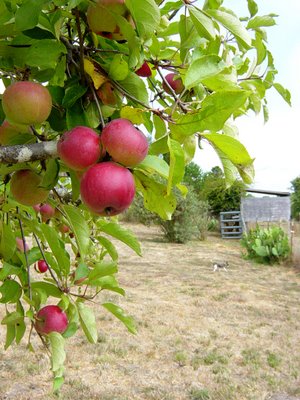