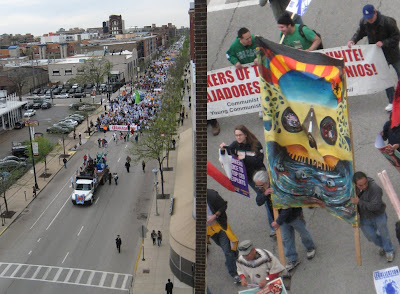 Less than two hours after the events at Harpo studios on Friday I heard helicopters buzzing around and looked out the window and saw the street was blocked off to cross traffic as far as I could see east and west. I forgot that it was the time of the year for the Immigration march. The last few years it has happened on warm sunny days, so I was thrown off by our cold overcast weather and had not expected it.

Many people seem to think that immigration is purely a Latin American issue, when viewing the march, it is clear that it effects many nationalities. 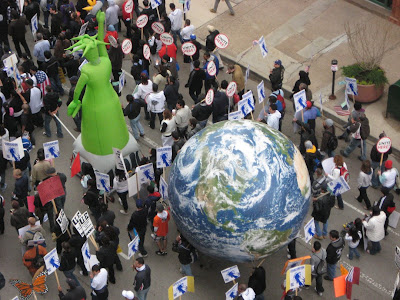