In the home stretch... 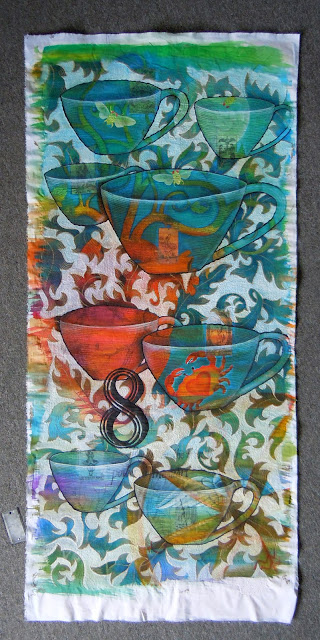 The quilting is done!

I chose to do my curvy meandering fill stitching that is reminiscent of leaves and flourish-y shapes in the white background areas to contrast all the linear stitching on the cups and flourishes.

I stitched with Bottomline thread which is generally used in the bobbin, it's a lighter weight thread, because I wanted the stitched lines to be more subtle.

Next:
cropping and binding. 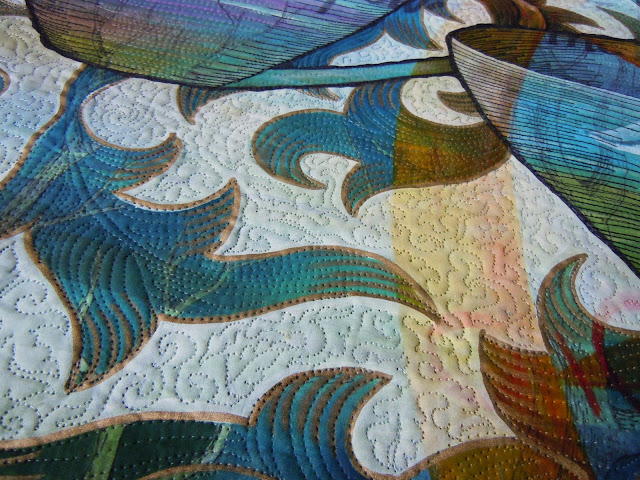 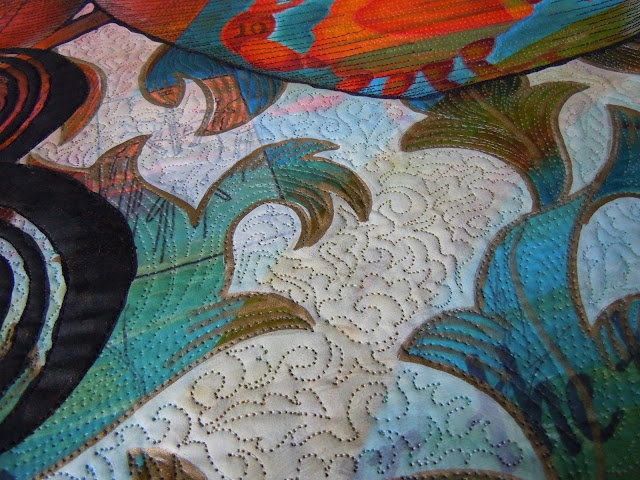 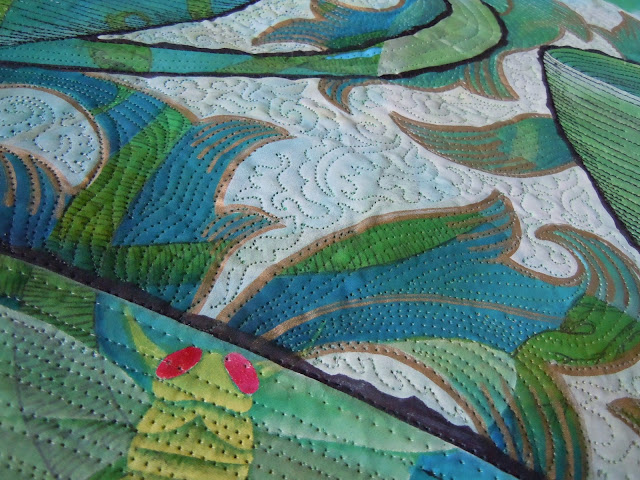 What I learned...
Because I like experimenting and trying things differently, I always learn something new with every project. Sometimes I discover a great new way of working and sometimes it turns out that my initial idea created unexpected challenges or wasn't as successful as I'd hoped. 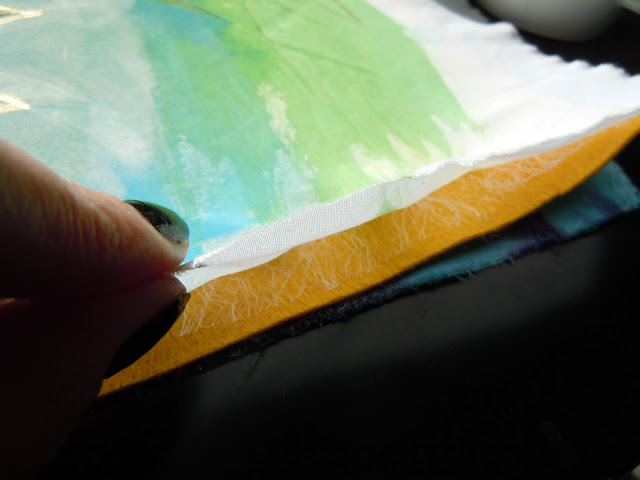 As you may recall, I used wool rayon felt instead of batting, because I wanted a flat smooth finish for this piece. I used felt a friend had given me that she most likely had sitting around for about 15 years. I had two issues that popped up from using this.

The first one was the stiffness of the felt, compared to batting, made it more difficult for manipulating under the harp of the machine. I think 30 inches would be the widest I would recommend working with felt. Wider than that and I could see some definite limitations to quilting the surface smoothly. I had to roll and fold the piece to work the central areas which sometimes got a little cumbersome. 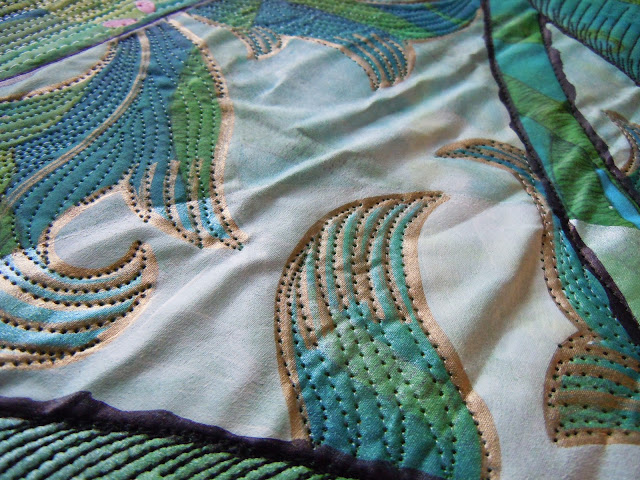 The second issue came about after I fused my top to the felt. I had a fair amount of rippling of the top due to it not fusing completely in all areas or staying fused for the duration of the quilting (it's possible there may have been a finish on the felt that kept it from adhering), as well as some possible shrinkage of the felt by the high temperature and steam used while fusing. 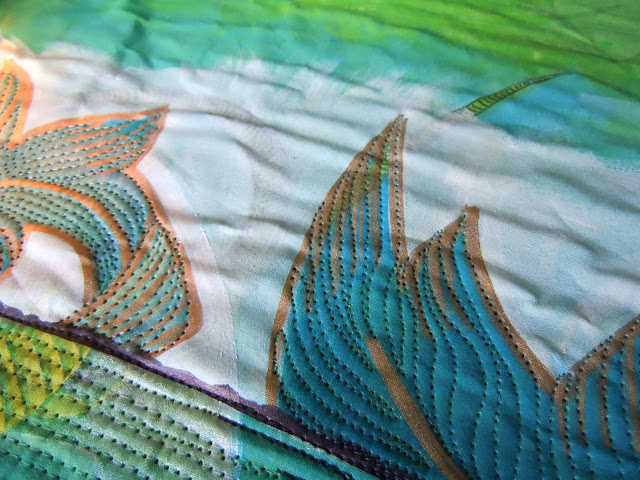 After the cups and flourishes had been quilted there was a significant amount of buckling in the white areas, I don't think the fusible web was even sticking anymore at that point, luckily the open areas were not very large, maybe 9" at the widest so it didn't present too much of a problem and it all smoothed out nicely with the quilting. 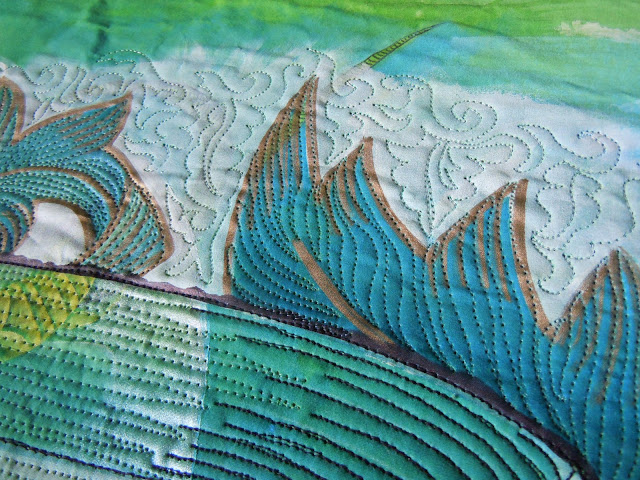 Conclusion: would I use felt again? Yes, but I would take size into consideration, if I was working on a particularly large piece I would probably use a lightweight batting instead. I would also pretest the wool to make sure I didn't have a problem with adhesion when fusing. I think a newer piece of wool felt wouldn't have had the adhesion problems that this one had, I suspect it had a finish on it.

Email ThisBlogThis!Share to TwitterShare to FacebookShare to Pinterest
Labels: 8 of cups, quilting