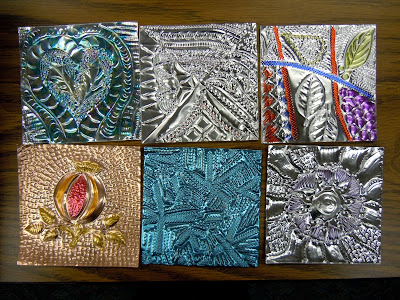 On thursday, I drove 85 miles to Rockford, IL to give two lectures and teach Heavy Metal Play Day. I don't teach locally very often so it was really nice to drive instead of dealing with the hassles of flying. There was lots of fun experimenting with different embossing techniques on silver and colored aluminum, and heavier weight copper, as well as playing with various ways for adding color with alcohol inks and markers. 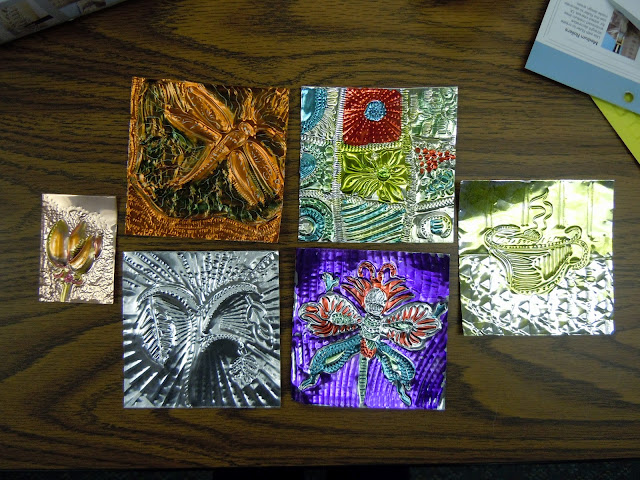 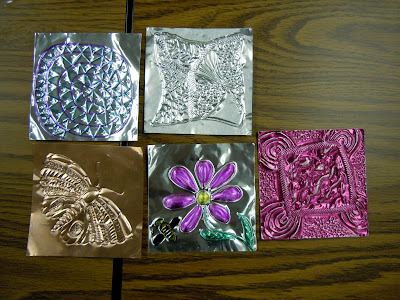 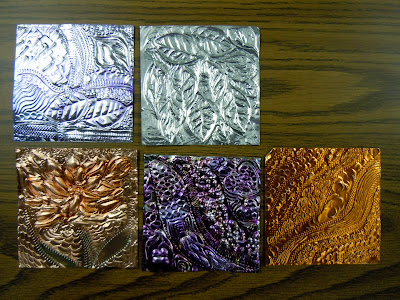 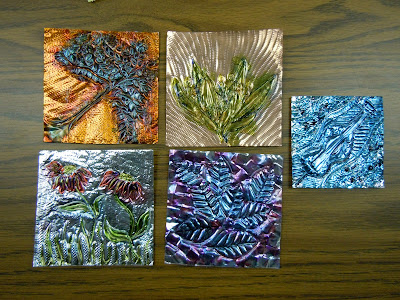 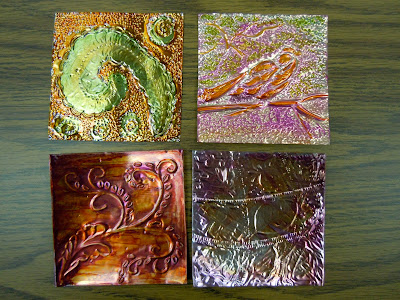 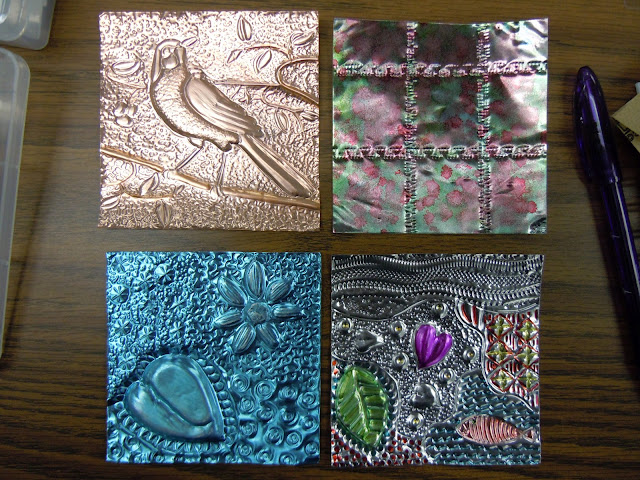 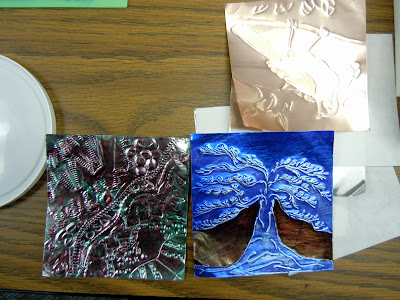 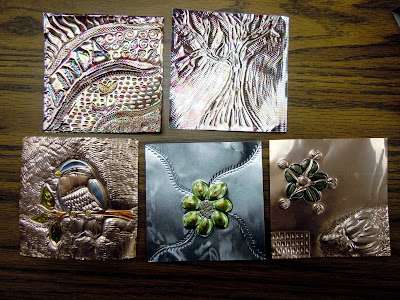 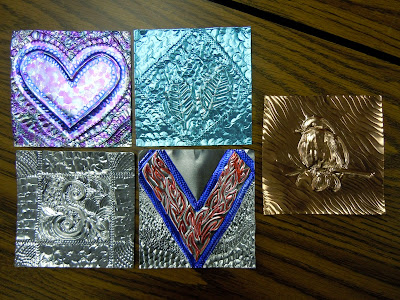 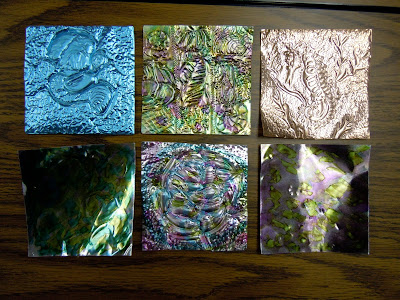 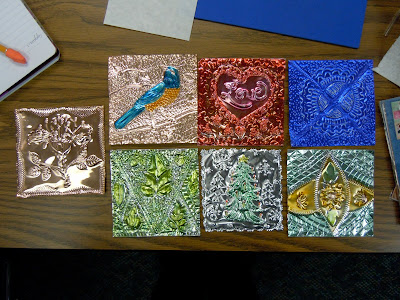 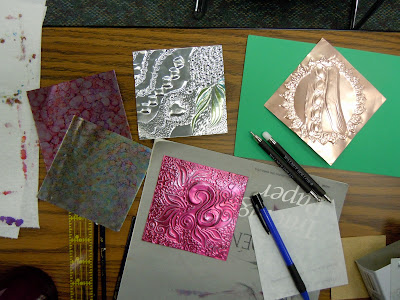 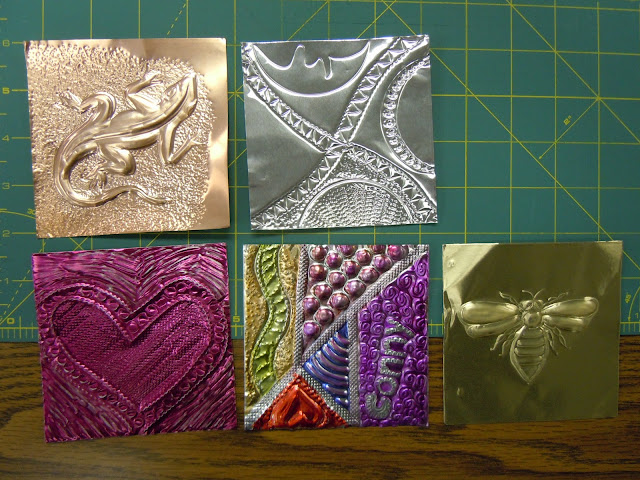 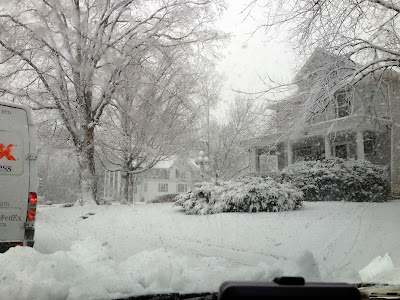 We wrapped the class up a little early since a storm was coming. What a shock to walk outside and see close to 4 inches of heavy wet snow already on my car and strong winds blowing huge fluffy snow flakes.

I was anxious to get back to Chicago to meet a friend who was back for a few days from England for dinner. The roads were AWFUL! The 6 miles to the freeway may have been the worst, being very slippery, neither plowed or salted and the wind caked the snow on my rear and side windows so thick I couldn't see well enough to change lanes. I had been hoping to get gas before leaving since it was 40 cents cheaper a gallon than in the city, but I didn't want to even try. 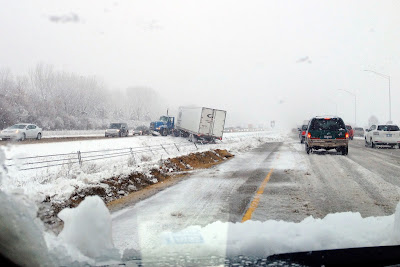 The freeway was treacherously slick, I passed 4 accidents within 5 miles, including this jack knived truck that was lucky enough to stop before hitting head on traffic across the divide. I called home a few times to check on the weather in Chicago, where it was still warm enough to have rain instead of snow. I was never so happy to make it to the rainy outskirts of Chicago's bumper to bumper evening traffic. It took almost 3 hours to go 85 stressful miles!